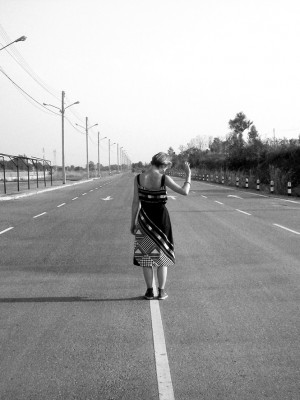 I am a designer, organiser and feminist researcher who works at the intersection of socio-politically engaged design, radical pedagogy and do-it-together (DIT) making. I am particularly interested in the social (re)production of common space through material, spatial and economic counter-practices of commoning and new forms of collective learning and unlearning. These interests are embodied through various collective practices – the neighbourhood project Common(s)Lab, co-initiated in late 2017 (until 2021); the independent publishing collective AoA, co-founded in 2015; and as an active member of the cultural project space top (until 2021).

After finishing a BA in Industrial & Communication Design at the Free University of Bolzano in 2007 and an MA in Applied Art & Design at Aalto University Helsinki in 2011, I have gathered professional work experience in international product, interior, exhibition and urban design studios, and as a communication designer and illustrator for various NGOs and activist groups. Also, I have worked as a researcher, tutor, lecturer and facilitator inside and outside of academic contexts – at international universities (Aalto University Helsinki, Sheffield University), alternative schools (Public School Helsinki, Trade School Berlin, Trojan Horse Summer School), and self-initiated workshops.

In 2015, I co-edited and published the book, ‘Agents of Alternatives. Re-Designing Our Realities’ with Alastair Fuad-Luke and Anja-Lisa Hirscher, for which I received a working grant by the Finnish Cultural Foundation SKR. Currently, I am pursuing a practice-based PhD by distance at Sheffield University School of Architecture, supervised by architect Doina Petrescu and environmental geographer Jenny Pickerill.

After 9 years in Berlin, I am relocating to a small island in Denmark in 2022 to start an (agri)cultural project farm with my partner and three children.